Primary Witness to the Resurrection

The message of the Resurrection was first entrusted to Mary of Magdala according to John.  She stayed with him during his crucifixion and was a primary witness of his resurrection.  But images of her throughout the ages and still today portray inaccurately. Nowhere in scripture is Mary of Magdala identified as a public sinner or a prostitute.  Yet, even in productions such as "Jesus Christ Superstar" she is misrepresented.  Learn more and what you can do to restore her rightful place.

Mary of Magdala was one of Jesus’ most influential apostles.   She was faithful to him throughout his ministry and she was the first to proclaim his resurrection.  She retained her influence throughout those early years and significantly shaped our understanding of Jesus, the early community, and the Gospel.  For that she was called an Apostle to the Apostles by early Church fathers, a title reiterated by Pope Francis as he elevated her celebration to a feast day.

Mary of Magdala is perhaps the most maligned and misunderstood figure in early Christianity.

In Christian art and hagiography, Mary has been romanticized, allegorized, and mythologized beyond recognition. Since the fourth century, she has been portrayed as a prostitute and public sinner who, after encountering Jesus, repented and spent the rest of her life in private prayer and penitence. Paintings, some little more than pious pornography, reinforce the mistaken belief that sexuality, especially female sexuality, is shameful, sinful, and worthy of repentance. Yet the actual biblical account of Mary of Magdala paints a far different portrait than that of the bare-breasted reformed harlot of Renaissance art.

Not a prostitute or public sinner, but primary witness

Nowhere in scripture is Mary of Magdala identified as a public sinner or a prostitute. Instead, scripture shows her as the primary witness to the most central events of Christian faith, named in exactly the same way (Maria e Magdalena) in each of four gospels written for diverse communities throughout the Mediterranean world. It was impossible to relate the story of the Resurrection without including “Mary, the one from Magdala.”

That the message of the Resurrection was first entrusted to women is regarded by scripture scholars as strong proof for the historicity of the Resurrection accounts. Had accounts of Jesus’ Resurrection been fabricated, women would never have been chosen as witnesses, since Jewish law did not acknowledge the testimony of women.

Early non-canonical Christian writings show faith communities growing up around Mary’s ministry, where she is portrayed as understanding Jesus’ message better than did Peter and the male disciples. Scholars tell us that these writings are not about the historical persons Mary and Peter but instead reflect tensions over women’s roles in the early church. Prominent leaders such as Mary and Peter were evoked to justify opposing points of view. What is not disputed is the recognition of Mary of Magdala as an important woman leader in earliest Christianity.

Why are contemporary Christians uninformed about Mary’s faithful discipleship and prominent leadership role in the infant church? One explanation is a common misreading of Luke’s gospel which tells us that “seven demons had gone out of her.” (Luke 8:1-3) To first century ears, this meant only that Mary had been cured of serious illness, not that she was sinful. According to biblical scholars such as Sr. Mary Thompson, illness was commonly attributed to the work of evil spirits, although not necessarily associated with sinfulness. The number seven symbolized that her illness was either chronic or very severe. 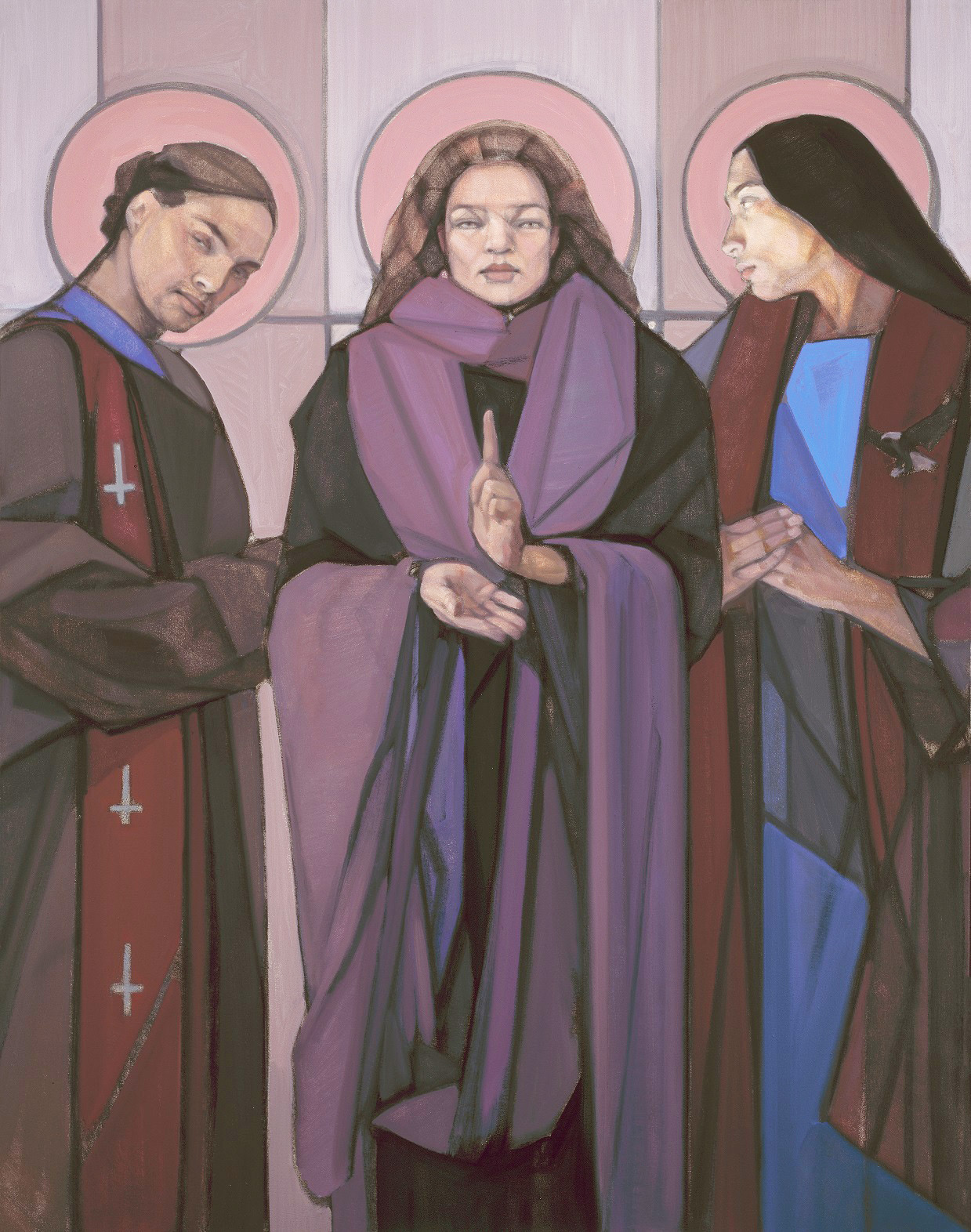